Skip to content
This weeks Outdoor Truths with Gary Miller is about disappointments. #OutdoorTruths

A friend of mine shared with me about his recent hunting trip. He spent twelve days in the northwest hunting mountain lions. Out of those twelve days he was only able to hunt two of them. There was no snow which is essential for hunting those big cats. He came home disappointed. Another group spent several days in Missouri hunting deer. After nearly two weeks away most of them came home tired, empty handed, and disappointed as well. Many of my trips this year have also proved to be less than expected. The excuses abound but the emotions were always the same – disappointment. Disappointments are a very real part of life. They are as sure as death. They come disguised as things like hope, potential, and expectation. They play with our mind and heart. One is left confused and the other broken.
Successful people have learned how to deal with this emotion. They have come to see disappointments not as a surprise but as commonplace. They understand they are a sign of people who expect great things and who look for the positive in a sometimes negative world. Someone has said, “Blessed are those who expect nothing, for they shall not be disappointed.” It is true. If our expectations are low our disappointments will be few. For me, the price is too high. I had rather breathe in the rarified air that surrounds those who expect great things from flawed individuals. I had rather raise the bar of hope in my fellow man than wallow in the same mire as others who are constantly negative. I don’t know of a better New Year’s resolution than to decide to expect great things from myself and others around me. The few times my expectations will be exceeded will far outweigh a multitude of disappointments.

DISCLAIMER: The views, beliefs and opinions expressed in this article, Outdoor Truths, are those of Gary Miller and do not necessarily reflect the views, beliefs or opinions of Courageous Christian Father. Outdoor Truth’s is a syndicated article published in various newspaper and online sources and has been used on Courageous Christian Father with permission from Gary Miller. #OutdoorTruths

Gary began pursuing his desire to write a newspaper column to hunters and fishermen that would lead them to contemplate their relationship with their Creator. The column was picked up by two newspapers. After these many years now, it covers much of the country not only through several newspapers but also through regional magazines and online. His writing provided opportunities to speak to these same hunters and fishermen at events such as Beast Feasts. The results were men giving their lives to Christ.
Even though he was not raised in a hunting or fishing home, Gary has followed his heart to the water and woods since he was a child. What started on the banks of the local canal catching carp, now extends to every part of his life as he aims outdoorsmen and outdoorswomen toward Christ. 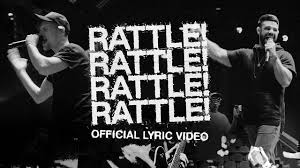 Kentucky Prayer of the Day

Kansas Prayer of the Day

4th of July Prayer of the Day

Check out the Zarate family children (Young Disciples) of Messiah Muzic doing the song Jesus Save Us. These three young...